DUI A Team Backed By 100 Years of Experience 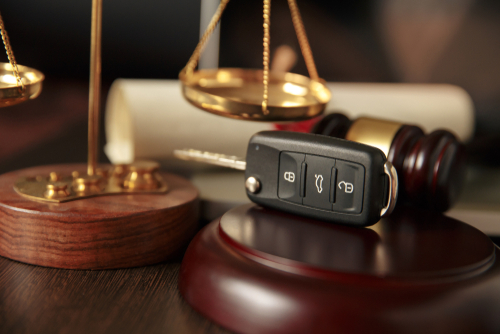 ​Did you recently get charged with a DUI? Don't wait - our DUI lawyers at Corrigan Welbourn Stokke, APLC know the ins and outs of the law and the legal system and will go above and beyond to help protect your rights, your future, and your reputation. Without an experienced DUI lawyer, you may be risking your future.

Although we have helped many individuals facing DUI charges, we understand that each situation is unique, and make sure to treat each case as such. Having a DUI lawyer is essential for ensuring that you have all of the support and legal counsel that you need during this difficult time. Your attorney will be there to provide you with legal guidance at each step of the process. Contact us to schedule a free consultation with our DUI attorneys in Newport Beach, California, and to learn more about what we can do to help you.

Contact our Newport Beach DUI defense attorneys today at (949) 251-0330 for a consultation.

What is Considered Drunk Driving in California?

Driving under the influence (DUI) of alcohol or other controlled substances is illegal across the United States that has severe legal consequences. DUI charges are not taken lightly in Orange County. A conviction of a DUI can result in life-changing consequences that include fines, incarceration, and probation. Driving privileges may also be lost. A DUI charge should not be taken lightly, and people arrested and charged with DUI need to put every effort into their criminal defense. That’s where Corrigan Welbourn Stokke comes in.

Penalties for DUI in Newport Beach

In Newport Beach and the rest of Orange County, driving under the influence charges are treated very seriously and can carry severe penalties upon conviction. Penalties will vary depending on factors such as a defendant's number of DUI offenses within 10 years, the level of alcohol in their blood at the time of arrest, and whether or not the DUI caused injury or death.

Aggravating factors which can enhance these penalties include having a blood alcohol concentration of 0.16% or greater, having a minor under the age of 14 in the car at the time of the offense, causing an auto accident resulting in injury or death, or having prior felony offenses.

Driving While Under the Influence of Drugs

A person’s motor functions are impaired when under the influence of controlled substances and prescription medication, which makes operating a motor vehicle more difficult and therefore illegal. Any individual who is stopped and arrested on a reasonable belief of being under the influence will have criminal charges pressed against them.

Impairment by a prescription drug, regardless of a prescription by a legitimate physician or medical professional, can still result in a conviction if the prosecution can prove that you were impaired while operating a motor vehicle. The question in many DUI cases is if the driver was under the influence at the time of arrest. The Newport Beach DUI attorneys at Corrigan Welbourn Stokke will exhaust all methods of disproving that you were not affected by the drug, which has the highest chance of having your charges dropped.

An arrest for DUI charges in Orange County will result in confiscation of a driver’s license, and a temporary driver’s permit will be issued. The permit allows an individual to drive for up to 30 days. Once 30 days has passed, the individual’s driving privileges will be suspended automatically. To avoid having a license suspended, the individual must schedule a hearing at the Department of Motor Vehicles within 10 days of their DUI arrest to contest the suspension of the driver’s license.

Many people believe that they have the proper legal ability to defend themselves during DMV hearings. This is not a wise idea, as most people do not have the training and knowledge to successfully plead a case. It is a beneficial move to retain the services of an aggressive DUI defense attorney for DMV hearings. The Newport Beach DUI lawyers at Corrigan Welbourn Stokke will gladly defend an individual during a DMV hearing by challenging evidence and questioning the arresting officer’s testimony.

Can DUI Charges Be Defeated?

A DUI charge can be a frightening thing to face. While cases of this type can be challenging, drunk driving charges can be successfully defended against with the right lawyer by your side. Even if you have strong evidence against you, there is a chance that it may be deemed inadmissible in court due to factors such as a police officer failing to follow proper procedure, evidence tampering, or other reasons. You can trust an attorney from our firm to ensure that no stone is left unturned in pursuit of a favorable outcome for your case.

Some of the many ways that DUI charges can be overcome include:

Depending on your charges, a DUI conviction can cause a multitude of difficulties in your life. Simple misdemeanor DUI offenses can be costly and will possibly harm your abilities to drive to work and accomplish basic tasks. Felony charges will follow you for the rest of your life and could cause issues with employment, housing, and other essentials.

By contacting Corrigan Welbourn Stokke, you are fortifying your defense with over 100 years of combined legal experience. Our Newport DUI lawyers know that every person deserves to have a fair chance at protecting their future, and we will not stop fighting until your voice is heard.

How Can A DUI Lawyer IN Newport Beach Help You?

A DUI lawyer will not only help to protect your rights and your future but can serve as a tremendous support system for you during this challenging time.

Some ways that a DUI lawyer can help you include the following:

Don't wait - contact our Newport Beach DUI defense attorneys today, and let them help protect your rights, your future, and your reputation.